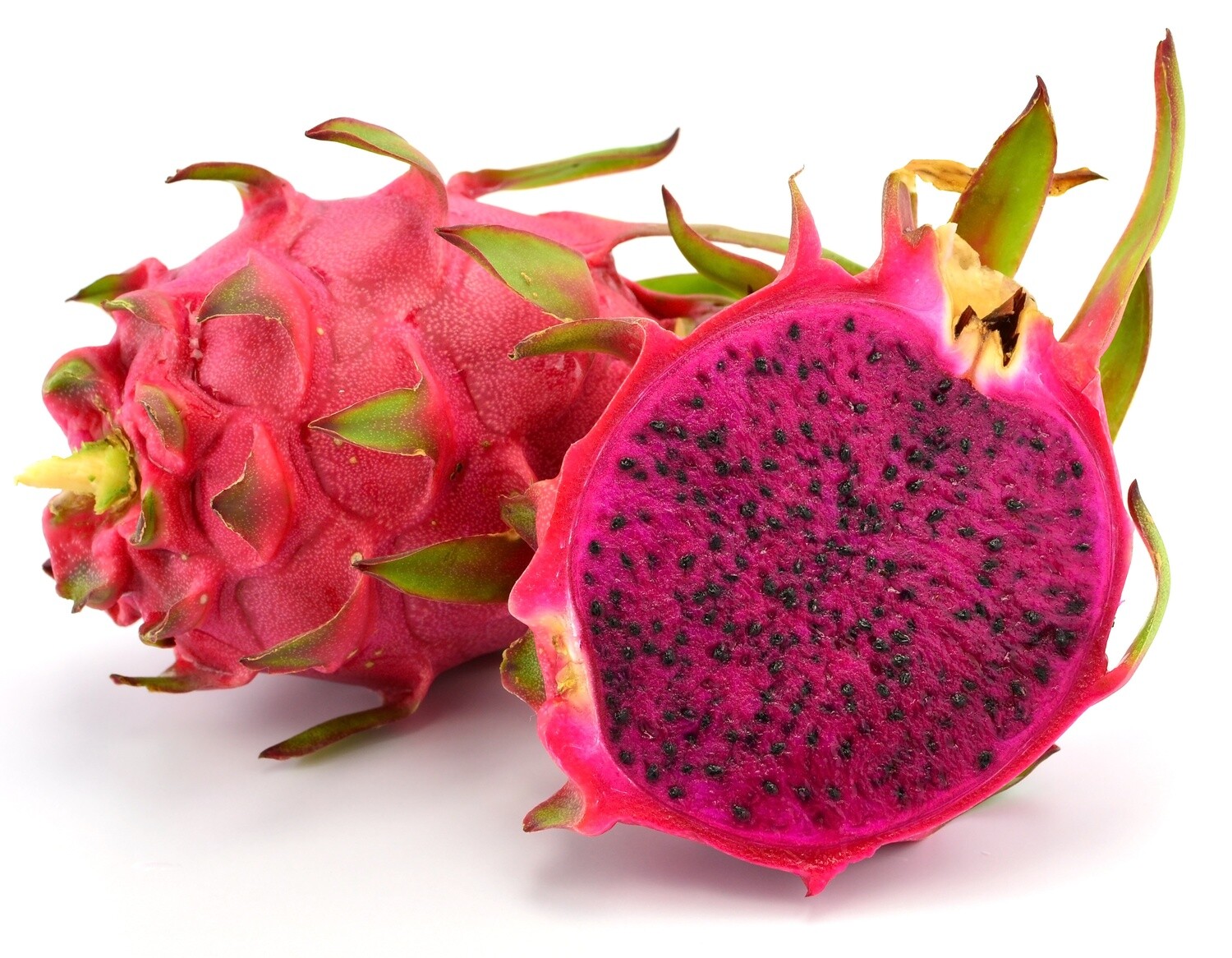 The flesh of the red dragon fruit is sweeter than white flesh varieties and has a beautiful vibrant red to purple colour.

The texture and taste can be compared to kiwi and melon!

Red dragon fruit offers an array of health benefits. They are a good source of magnesium and contain beneficial plant compounds like polyphenols, carotenoids and betacyanins.