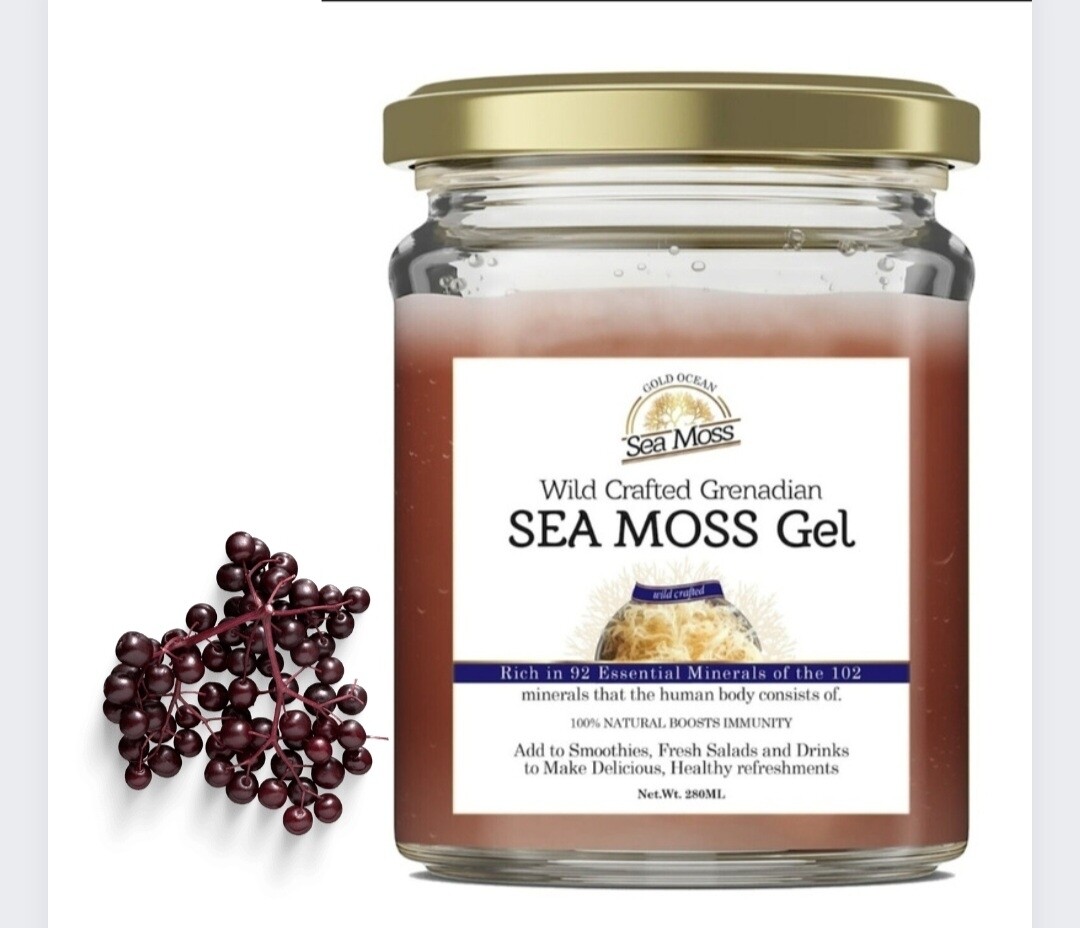 Each mineral plays its own important role

The Thyroid is mainly responsible for regulating hormones, an imbalance can lead to fertility issues, menstrual problems, fibroid, and other ailments. These disorders are typically caused by a lack of iodine and/or selenium. Irish Moss is packed with more iodine and selenium than any other food in the world. Additionally, Irish Moss contains the vital thyroid hormone precursor DI-Iodothyronines (DIT), and the thyroid hormones Thyroxin (T4) and Tri-iodothyronine (T3).

Sea moss has been used in the Caribbean in traditional medicine for its role in alleviating the symptoms of the common cold and flu and other ailments. Why? Because it contains antimicrobial and antiviral compounds, which help boost your immunity and stay healthy. Sea Moss natural anti-inflammatory properties may alleviate the symptoms of arthritis and relieve muscular aches and painful joints.

Because of the amazing effects of Sea Moss on the mucous membranes in the body, it works as an amazing digestive aid. It coats the stomach and helps to heal the body of ulcers. It helps to provide probiotics for improved gut health. Irish sea Moss is also packed with fibre and vitamins and minerals that regulate bowel movement and alleviates gas.

Sea Moss may alleviates skin diseases like the chronic skin condition psoriasis New figures show Psoriasis affects around 1.1 million people in UK. Around 1.7% of the UK population are affected also both taken internally and applied topically, especially for skin conditions like eczema It can be applied while taking baths and wet as a skin cream then washed off and thus hydrates your skin. Irish sea moss used as lotion supports the skin's natural moisture barrier, keeping harmful, drying external elements out and beneficial moisture in Sea moss has natural anti-inflammatory properties that may alleviate the symptoms of arthritis and relieve muscular aches and painful joints.

Because sea moss is commonly used in the Caribbean as a natural sexual enhancement product for men, many say it can increase sperm count, testosterone levels and may boosts fertility. Gold Ocean Sea moss balances hormones, increases libido and helps muscles recover after an intense workout.

It is claimed that the nutrients in sea moss — particularly iodine, B vitamins, calcium, and zinc — make it a fertility powerhouse that can speed up the process of getting pregnant and boost libido balances hormones. Use Sea Moss gel on skin and hair. It helps to tighten the skin and minimize pores while adding minerals to your hair.

Consume within 3 weeks keep refrigerated can be frozen for up to 3 months when placed into ice cube trays.

Please avoid consumption for all those with allergies to fish or shellfish. As a nutrient-rich superfood, sea moss can provide a wide range of vitamins and minerals you need to stay healthy during pregnancy. However, it should not be overused as it contains and other substances that can be harmful to you or the baby if they build up in your system.


Save this product for later
Display prices in: GBP