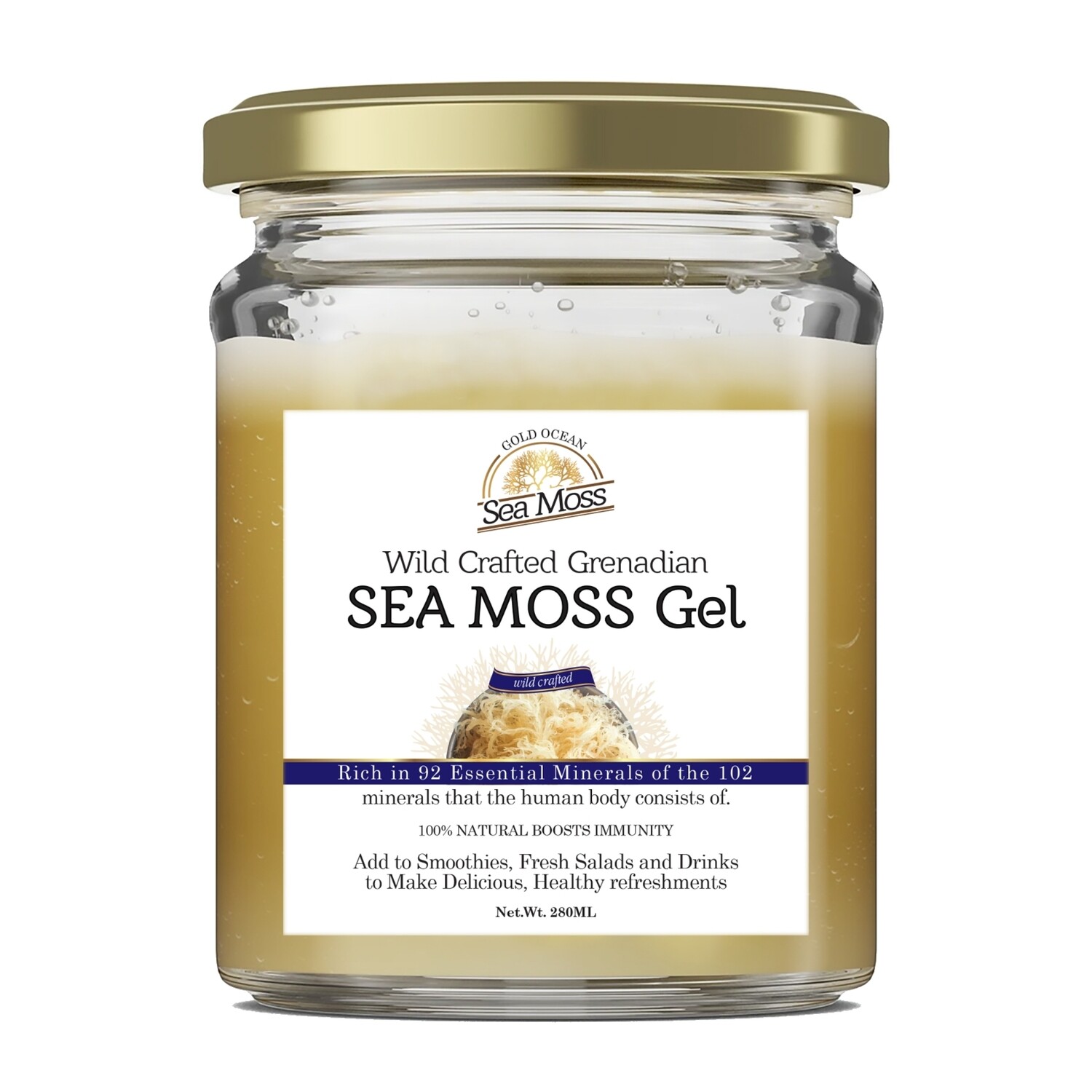 Sea moss helps relieve and prevent symptoms of colds and flu –perfect for the cold and flu season, but also for year-round immunity. Boost

Irish moss is a source of potassium chloride, and Iodine nutrient which helps to dissolve catarrhs (inflammation and phlegm in the mucous membranes),

By reducing these sources of congestion and acting as a natural antiviral and antimicrobial agent, full  sea moss helps to battle infections and respiratory illnesses

Coconut is rich in fiber and MCTs, it offers a number of benefits, including improved heart health, weight loss, and digestion also contain protein, several important minerals, and small amounts of B vitamins. However, they’re not a significant source of most other vitamins. Yet, it's high in calories and saturated fat, coconut makes a great addition to a balanced diet.

BOOSTS YOUR IMMUNITY: Irish sea moss has been used in the Caribbean in traditional medicine for its role in alleviating the symptoms of the common cold and flu and other ailments. Why? Because it contains antimicrobial and antiviral compounds, which help boost your immunity and stay healthy Sea Moss natural anti-inflammatory properties may alleviate the symptoms of arthritis and relieve muscular aches and painful joints.

SMOOTHS SKIN & BODY: Alleviates skin diseases like the chronic skin condition psoriasis New figures show Psoriasis affects around 1.1 million people in UK. Around 1.7% of the UK population are affected also both taken internally and applied topically, especially for skin conditions like eczema It can be applied while taking baths to wet skin as a cream then washed off and thus hydrates your skin. Irish sea moss used as lotion supports the skin's natural moisture barrier, keeping harmful, drying external elements out and beneficial moisture in Sea moss has natural anti-inflammatory properties that may alleviate the symptoms of arthritis and relieve muscular aches and painful joints.

What Irish sea moss Gels do for you?


- Iodine and magnesium for thyroid function

Use Irish Sea Moss gel on skin mask and hair. It helps to tighten the skin and minimise pores while adding minerals to your hair.

Use the gel as a vegan gelatin thicker in cooking and baking or smoothies, soups, porridge, teas and salad dressings.

Consume within 3 weeks and keep refrigerated. Can be frozen for up to 6 months, if placed into ice cube trays.